In addition to the Regent’s Park Music Festival on the two Bandstands there is:

The award-winning Regent’s Park Open Air Theatre has developed a reputation for creating world-class productions, and its outdoor setting in Regent’s Park is guaranteed to make every theatre visit a truly unique experience.

The 2022 season opens in May with Legally Blonde from 13 May to 2 July followed by 101 Dalmations from 12 July to 28 August. The season concludes with Antigone from 3 Sept to 24 Sept.

With so much on offer, why not make 2022 the year you discover theatre beneath the stars.

St John’s Lodge Garden, London, NW1 4NR
The Lord Chamberlain’s Men – with a history stretching back to William Shakespeare himself – invite you to join them this summer for the sparkling comedy, As You Like It. One of the UK’s finest touring theatre companies present this great play as Shakespeare first saw it performed – in the open air, by an all male cast and with Elizabethan costumes, music and dance.

On this day the Bandstand festival will be dedicated to the memory of the 7 Bandsmen of the Royal Green Jackets who died and the many who were wounded on July 20th, 1982. The programme will be as follows

Like all our bandstand concerts the event will be free but there will be charity collecting boxes around the bandstand if you wish to donate.

Every year the festival (brought as part of the St Marylebone’s Changing Lives project), tells the stories of the local community in creative and vivid ways. Join us for a week of music, dance and drama. There is something of a South-American flavour to this year’s programme. Indeed many of the South American ‘Liberators’ of the early nineteenth century, such as Simón Bolívar and José de San Martín, lived in the parish. With this is mind, come and learn how to tango with experts from the neighbouring Arthur Murray Dance Studios, or join Joanna MacGregor and her amazing band of musicians for their ‘Tango Nuevo’ evening, or even enjoy food, drink and music at our ‘South American Soirée’.

This year John Rutter, our festival patron (who was born above the neighbouring Globe Pub) to lead a ‘Come and Sing’ afternoon; also celebrate the 150th birthday of Ralph Vaughan Williams with The Joyful Company of Singers and the English Folk Dance and Song Society. Hear the premières of some exciting new commissions too: new Marylebone-themed songs by current and recent students from the neighbouring Royal Academy of Music performed by international counter-tenor Andrew Watts; and a new piece based around the characters on the Charles Dickens mural on Devonshire Terrace written and devised by composer Martin Bussey. Also delighted to welcome the world-renowned Choir of Christ Church Cathedral, Oxford, in a concert that charts the well-known St Marylebone connection with the Wesley family. And if that was not enough, we celebrate some of our lesser known, and perhaps more surprising, local figures such as Vaslav Nijinsky, Florence Nightingale, the late clarinettist Alan Hacker, and even Madonna!

For more information and to buy your tickets, see here: https://www.stmarylebonefestival.com/

REGENT’S PARK MUSIC FESTIVAL ON THE BANDSTAND INCLUDING CONCERTS ON SATURDAYS IN THE  BROADWALK BANDSTAND ACROSS FROM THE BROADWALK CAFE. 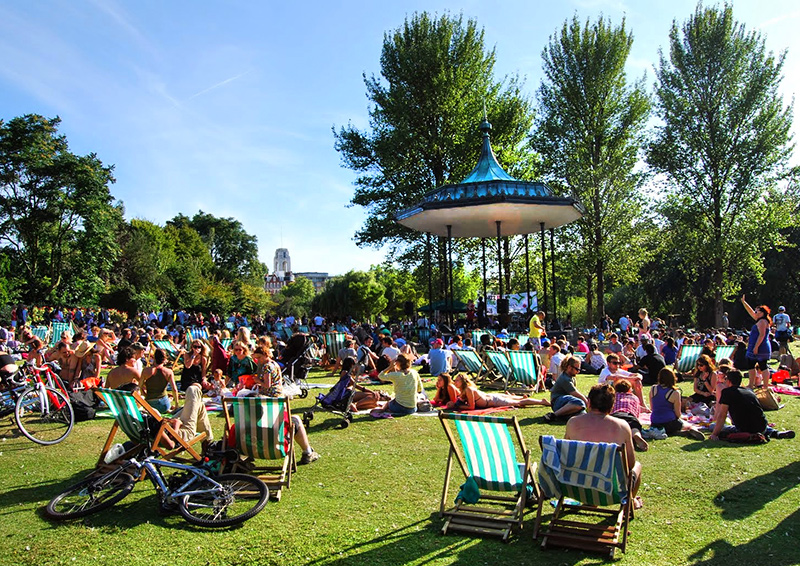 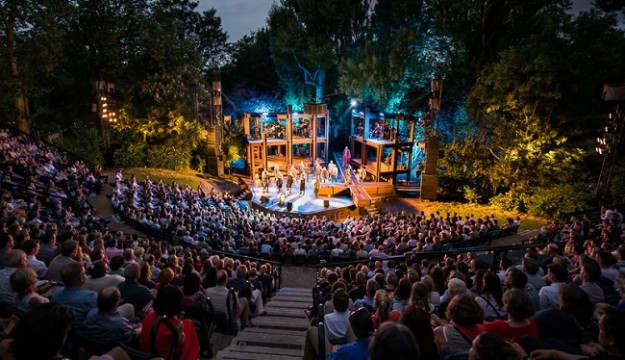 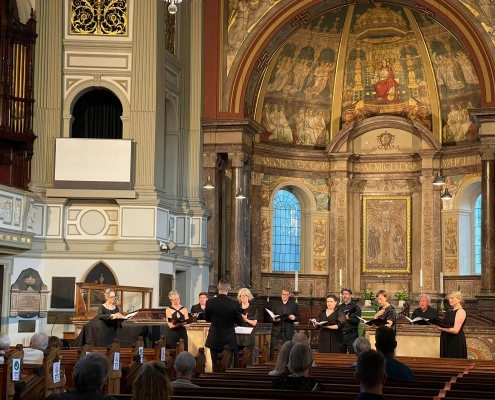